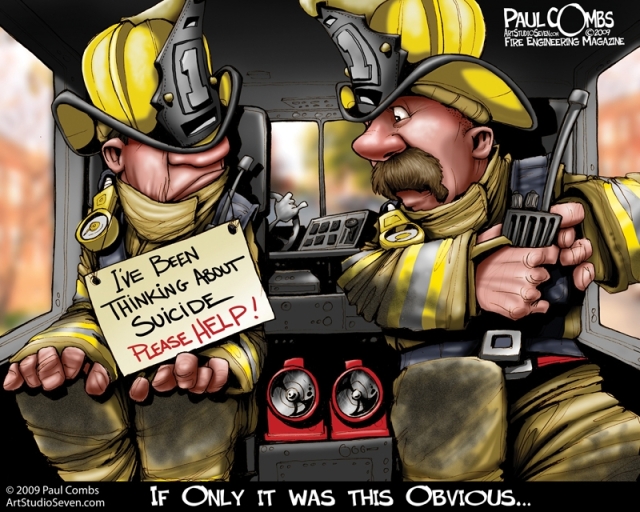 By now you have probably heard of the terrible news out of Aurora, Colorado from last nights senseless shooting at a midnight screening of the last in the series of the “Batman” trilogy. In case you have not here are some links to the coverage, L.A. Times, ABC News and CNN. My thoughts and prayers are with all those innocent people who were killed and wounded just for trying to go see a movie and have a fun night out as well as their families and friends who will be affected by this event for long after. But my thoughts immediately turned to the firefighters, paramedics and police officers who responded to the scene.

This scene had the potential to be a career altering one to many that were there last night, whether they realized it at the time or not. From the probie or new patrol officer just out of the academy right up to the grizzled veteran with decades of experience anyone could be susceptible to the unusual amount of stress and emotions that they were subject to last night. Especially since, according to reports, there were children involved. The next days, weeks and months will be critical for all involved in this horrific event. The brothers and sisters that work alongside those involved are going to need to be acutely aware of their co-workers behavior, moods and tendencies and not be afraid to speak up if they notice anything that could lead them to believe that anything unhealthy is going on. Anger issues and irritability are the least of the problems that could lead to alcoholism, depression and even suicide. I would hate to think that I sat idly by while I watched a brother or sister spiral down and take their own life while knowing I had a feeling I should say something to him or her, or a supervisor. I wouldn’t want that on my conscience. Bosses, look for it. Union reps, look for it and push the administration to schedule Critical Incident Stress Debriefings if they have not done so already. Everyone needs to be each others keepers.

The incident does not need to be on the size and scope of Aurora to have an effect on someone either. You never know what will get to someone. One that got to me was a fatal involving a child very soon after I found out my wife was pregnant with our first child. I wasn’t even a father yet, but just knowing I was going to be in a relatively short amount of time stirred up emotions in me that I had never experienced responding to a similar scene multiple times before in my career. It took me by surprise and several days to process through what was going on with me and why. A little while ago my friend Lloyd Mitchell, an aspiring firefighter and current photojournalist, shot one of his first homicide scenes. Soon after he polled his network of public safety friends for how we get over bad scenes. I offered my insights as I’m sure numerous others did. While I offered my advice sincerely and with best of intentions, as others surely did, unfortunately I feel that it is a most individual thing. There are tools you can use that many counsellors, psychologists and doctors advocate for dealing with stress issues, but in the end I think it comes down to what healthy method works for you and, unfortunately, exposure to enough of it. After a while that crust does get built-up. But that does’t mean that something, at some time, won’t make it through.

Keep your eyes and ears open for each other brothers and sisters. Don’t be afraid to speak up. I’d rather be called an asshole or be told to mind my own business than look at a widow at a funeral knowing I had “a feeling” and never said anything.

Be safe. Be healthy.

Keep the Aurora and surrounding Brothers and Sisters in your thoughts and prayers.