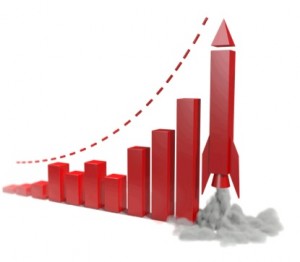 Hi all. Over the last approximately two-and-a-half days there has been a very sudden and very dramatic up-tick in the traffic on my little old site. This increase in traffic has been to the tune of 11,883 visitors in this time-frame. Over 8,000 of those visits were yesterday alone. My previous one-day record had been 443 visitors. Imagine my surprise when I started getting notifications from WordPress about the increase in traffic and to what extent! This has been in large part due to my post “The Pussification of the American Fire Service.” This post was written January 5th, 2011 after the deaths of two Chicago FD Firefighters, Corey Ankum (Tower 34) and Edward Stringer (Engine 63) on December 22nd, 2010 and in response to a blog post by a Mr. Robert Avsec on Fire Chief magazine’s website. This blog post was, in my estimation, very insensitive and down-right inflammatory at the time of its writing and publishing. Much to her credit Editor-in-Chief (at the time) Janet Wilmoth removed the post and posted a sort of apology. This is why those of you who have tried clicking the link to the article have come up empty.

While the recent responses I have gotten to the article have been overwhelmingly positive I have seen a few that were not so. And I know that with as many visitors reading the piece and with far fewer comments on it, there are bound to be many more that have decided to let discretion be the better part of valor and just not comment. I understand this. The article is strong. It is polarizing. It is raw and decidedly not P.C. But it was me at the time of writing. As the last couple paragraphs describe I nearly lost a very good friend and CFD firefighter. I have seen countless others injured and killed. I watched live on local TV as the effort to rescue Firefighters Ankum and Stringer as well as their fellow comrades unfolded. I watched as they removed the bodies. I watched as the ambulances took them to the hospital, escorted by CPD cruisers and their companies apparatus. The lines of their Brothers and Sisters waiting to salute them. And I did it with a firefighter’s heart. A Brother’s heart. So when the blog post by Mr. Avsec appeared I reacted with the same.

I have been called angry. I was. I have been called bitter. I was. I have been called dangerous, a dinosaur, over-aggressive and someone who will likely get myself or someone else killed. Except for those last two, so be it. It’s my brand of firefighting. It may not be yours. As for the last two barbs, never. I may die on the job, no one knows. But I won’t do it recklessly or foolishly. I won’t do it uninformed or uneducated. And I certainly won’t take anyone else with me who is not there fighting side-by-side and equally as hard as I am doing the job we were sworn to do. If the possibility of dying in the performance of our duties, even while doing everything “right”, is not something that you can accept or are willing to risk perhaps your motives for doing the job are not what they should be. Does that mean I think you should die in the line of duty? Does that mean I want to die in the line of duty. Does that mean I have a death-wish? Absolutely and unequivocally no to all of those questions. It means that the risk of having to place my life in danger, or even giving it up, in the service to other people is something I have considered and calculated and come to terms with.

My definition of in the service to other people may differ from yours as well. I believe that it includes searching a years-long abandoned laundry mat that first-due companies knew was being used by the homeless and indigent for shelter. I believe it includes searching a building that was found to have board-up materials forcibly displaced. I believe it includes using all my experience, training and skills to help someone who may be in that building. Even if that building is abandoned, or dilapidated or supposedly empty. Because it isn’t empty until we say it is. The professionals who took the job, volunteer or paid, to search those buildings for people who may or may not be there.

So. To whomever started this post’s skyrocket ride. Thank you. I really appreciate it. Why now and how it has come to be so I’m in awe over. Honestly. I’m shocked and humbled that so many people would take the time to read something I wrote. Even if you disagree.