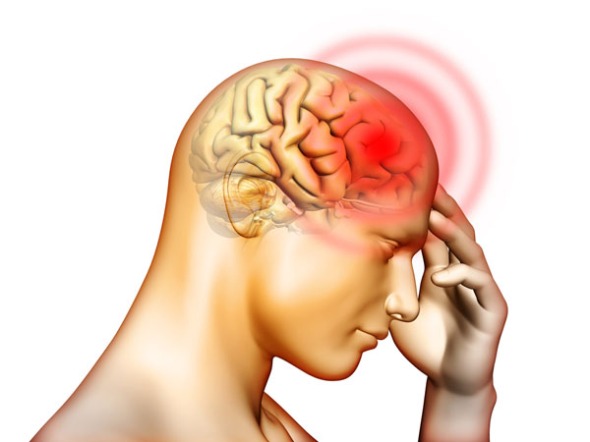 Concussion. It’s been a huge concern and media buzzword over the last couple years. Much of the discussion and attention has been brought about by several high-profile athletes having taken their own lives after dealing with what they believed were the side-effects of numerous concussions they had suffered during their playing careers, most notably Junior Seau and Dave Duerson. Both former NFL stars shot themselves in the chest so that their brains could be studied after their deaths in the hope of preventing or treating others with chronic traumatic enchephalapothy (CTE). CTE is being categorized as a degenerative disease caused by repeated brain trauma over a period of time, usually years, that results in a list of symptoms that leads many of its victims to live lives that are almost unrecognizable as compared to their lives before CTE. The most common cause of CTE is repeated concussion.

I think I was about 10 years old or so. Fifth or sixth grade, maybe. We were playing floor hockey in P.E. class in the poured-concrete with (probably asbestos) tile over the top gym. I remember having the puck and moving up the left side of the court, heading towards the goal. I think I was tripped by some other sticks, or maybe a leg, and falling head-first to the floor, bouncing my forehead off the concrete and tile. I also remember a class-mate named Randy was running behind me, trying to catch me on the play. Randy was the biggest kid in the school, no matter what grade. Over six-feet tall and over one-hundred pounds already, he wasn’t able to hold-up after I fell. He tripped and fell on top of me, bouncing my head off the floor split-seconds after it had already struck it the first time. I don’t remember getting from the floor of the gym to the principle’s office. I barely remember being told my step-dad was on his way to pick me up and take me home. The ride home, about a mile and a half, was fuzzy at best. Getting home I remember my step-dad had to half-carry me inside to our small den, where he laid me down on the loveseat, covered me with a blanket and told me to take it easy. I have sporadic, disconjugated memories of the next two days. I slept the whole time, waking briefly to hear bits of conversation coming from the other room or to see my mom or step-dad leaning over me saying something. That I remember I didn’t eat or get up to go to the bathroom, although I’m guessing I must have at least done the latter at some point. My parents never took me to the doctor. It was the mid-eighties and not much was known about concussion or traumatic brain injury. Certainly not by parents of the time, unlike today. Concussion was just another way of saying, “he got his bell rung”, and didn’t warrant anything more than a little time to recover, a slap on the butt and a “get back in there” from your coach. Today, of course, we know much more about the causes, symptoms and cumulative effects of concussion. But back then it just wasn’t a big deal. So I slept for two days and when I was either forced or felt well enough to get up (I don’t remember what the circumstances were), I resumed life like nothing had happened. Back to school. Back to basketball and baseball. Back to playing with friends. That was the first of what I’m guessing to be six or more concussions I’ve suffered over the years.

According to the Mayo Clinic concussion is, “a traumatic brain injury that alters the way your brain functions. Effects are usually temporary, but can include problems with headache, concentration, memory, judgment, balance and coordination.” Concussion occurs when the head is struck violently or shaken very hard and the brain slams into the skull, causing injury. Contrary to popular belief losing consciousness is not necessary to suffer a concussion. The brain can sustain a severe enough injury to be concussed without the patient actually losing consciousness. This is the least severe of the three grades of concussion. While there is no universal consensus on the grading of concussions there are two scales that are most commonly used in the United States; the Cantu scale and the Standardized Assessment of Concussion.

The Cantu Scale was developed by Dr. Robert Cantu in 1986 and was adopted by the American College of Sports Medicine. In 1991 the Colorado Medical Society developed its own guidelines after several deaths of High School football players after suffering brain injuries. These guidelines were more restrictive than Dr. Cantu’s and were then adopted by the NCAA for evaluating college athletes. Whether it be the Cantu scale or the CMS scale they share four general evaluations. 1) presence or absence of loss of consciousness, 2) duration of loss of consciousness, 3) duration of post traumatic memory loss, and 4) persistence of symptoms including headache, dizziness and lack of concentration. When the results of these evaluations are determined the concussion can then be graded.

Grade I:  concussions are not associated with loss of consciousness, and post-traumatic amnesia is either absent or      less than 30 minutes in duration. Athletes may return to play if no symptoms are present for one week.

Grade II:  concussions in which the patient loses consciousness for less than five minutes or exhibits posttraumatic amnesia between 30 minutes and 24 hours in duration. They also may return to play after one week of being asymptomatic.

Grade III:  concussions involve post-traumatic amnesia for more than 24 hours or unconsciousness for more than five minutes. Players who sustain this grade of brain injury should be sidelined for at least one month, after which they can return to play if they are asymptomatic for one week.

Post-concussive Syndrome can occur in the days, weeks, months and even years after a patient suffers a concussion. PCS is the presence and on-going problematic occurrences of the signs and symptoms of concussion after what should have been the “normal” healing time. Symptoms include memory and concentration problems, mood swings, personality changes, headache, fatigue, dizziness, insomnia and excessive drowsiness. While no one knows for certain it is thought that the symptoms and problems associated with PCS contributed to the suicides of both Seau and Duerson. Dealing with these symptoms on a day-to-day basis became too much for them to bare and the only way they saw to be at peace was taking their own lives. But they were football players with lengthy careers in one of the most violent sports played. What could they possibly have in common with us?

I think we would all agree that the profession of firefighting and the delivery of EMS care has countless opportunities for us to suffer head injuries. From collapses at structure fires, to falls off the rig or a ladder, to encounters with violent patients there is ample opportunity for us to suffer a concussion. In the span of my career I can think of at least three times I personally believe I have suffered a concussion as a direct result of the job. I’m sure there are many of you who 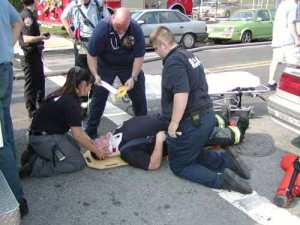 could think of one or more times when you “had your bell rung” hard enough that you saw stars, became unsteady or even lost consciousness. These occurrences are severe enough to cause a concussion and warrant an evaluation. If you are suffering from the continued symptoms of what you believe to be a concussion suffered in the past you can still be evaluated presently despite the length of time since the injury. The exam will be subjective and based upon the history of the event and the symptoms you suffered or are continuing to suffer from. According to the United States Fire Administration report Fire-Related Firefighter Injuries Reported to NIFRS released in 2011, 15% of the 81,070 injuries suffered by firefighters between 2006 and 2008 (the time-period of the study) were head injuries. That’s 12,160.5 head injuries suffered. Divided by the three years of the study equals an average of 4,053.5 head injuries per year. That’s a lot in my book. Are all of them concussions or possible concussions? Probably not. But I’d be willing to bet that a large enough number of them warrant an evaluation for concussion and the possibility of on-going problems after.

As with Junior Seau and Dave Duerson repeated concussion, or a single severe enough event of concussion, can lead to a life time of disabilities and mental health issues. Depression is just one such mental health issue associated with concussion injuries and its associated syndromes. As we all know the issue of firefighter depression and firefighter suicide has been a significant topic of late and one which needs to be talked about openly and honestly. The days of “just suck it up and deal with it” are long over. The days of shrugging off the splitting headaches and continued dizziness because “you’re tougher than that” need to be left in the past too. We have enough on this job that can kill or lead to permanent disability, don’t let this be added to your list too.